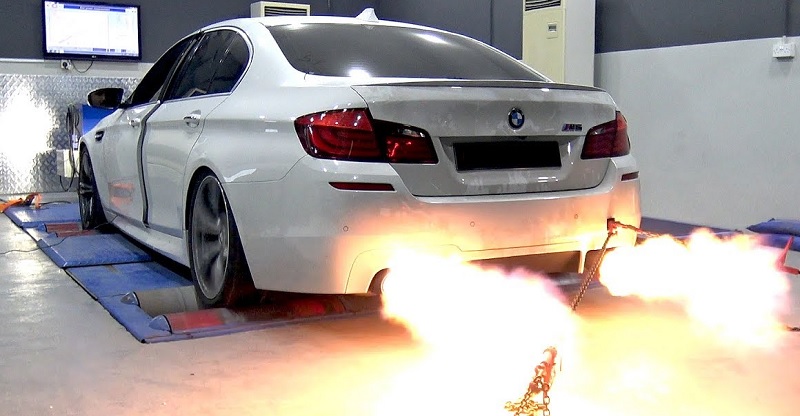 On a high-performance car, sound has always played its part.

Ever since cars became a mass tool and sportier versions came out as a result, the exhaust and muffler sound were hallmarks of performance.

Today, in modern times, there are even technologies that imitate, through the speakers, the noise emitted by the exhaust to make the machine seem more powerful and performing.

The maximum limit is to hire sound engineers and experts in the field of sound who are able to make the engine emit all its notes.

This is an example of an extreme case of course, but it shows how in reality the gruttural sound of the engine is the result of extreme attention during the design of supercars.

But, as we have seen for the topic of pollution, where there are limits that houses are obliged to respect, even when it comes to sound, the same limits exist.

So if you are thinking that the sound that your engine emits is already perfect like this, or various bales, know that it has been deliberately (and perhaps even unwillingly) silenced on purpose.

The theory: "eh, but if the house has chosen this there will be a reason !!" - "heathen of engineers, they will know what to do" - "imagine if they mount something that is not good for the car".

These are just some of the weirdest phrases you hear.

There are regulations for series production and approvals. Stop. The choices of the noise derive from this.

It is also obvious that on a 520d the priority is definitely not to make the engine sing ...

But I am sure that if you are reading this article maybe you are interested in making your M2 or your M440i sing.

In this case we can help you increase the sound of your bmw without going crazy.

How to increase the sound on my BMW

Contrary to popular belief, in modern cars (modern means cars from the last 20 years), it is not the silencer that blocks most of the noise.

On a Peugeot 106 rally (an old-concept naturally aspirated petrol) the noise is totally or almost totally filtered by the rear silencer, what is commonly called the exhaust terminal, but which is actually a rear silencer.

By eliminating it, thus changing the "terminal" the car actually makes more noise.

The same thing happens for example on a Lancia Delta HF integral 2.0 Turbo petrol (always old concept), where the downpipe is obviously present, but it is of the free type (coincidentally), also in this case, the noise is filtered by the "terminal. ".

If you try to do the same thing on a recent car such as a 128Ti or 335i you will experience a slight improvement in sound.

Because in the exhaust line of modern cars there are more filters and components that block exhaust gases and sound.

The first is located upstream, immediately after the turbine, and is called Downpipe.

The original downpipe is the major "cap" you find on your car, while the task of the rear silencer is practically non-existent.

The incredible thing that few people know is that changing the downpipe not only costs less than changing the muffler, but it really increases the sound of the machine, as well as increasing its performance.

We stayed in the 90s

Earlier I brought you some examples of some old cars that to make them sing it was enough to replace the exhaust.

On the other hand, if you don't eat bread and engines, it is likely that you grew up with the idea that by changing the terminal the cars made more noise.

Today this is no longer the case! Today the terminal often has a function that is almost only decorative.

Cars with huge plastic tailpipes to simulate sports mufflers, muffler-shaped speakers (unfortunately there are) that emulate the sound, and finally, racing mufflers that make practically no sound.

There is no point in throwing money away with these unnecessary solutions.

First, the first step is always the Inoxpower downpipe.

Unlock the noise and performance of your car.

You will get a darker, more racing sound, appreciating your engine much more.

Climbing or releasing FINALLY you will hear some pops and during the gear change phase you will have a nice surprise, which is difficult to explain verbally, you will have to live it.

Only after installing the Inoxpower downpipe can you evaluate other modifications, such as the increased tips, or the sports silencer which at that point accentuates even more the sound you have already unlocked.

I think a video is more useful than a thousand words ... listen for yourself to the original exhaust of this car (already the sports type) with ORIGINAL VS INOXPOWER downpipe

The same will happen to your car, whether with the stock or racing muffler, by fitting the INOXPOWER downpipe.

The real difference in sound will be made by Inoxpower. We have designed Inoxpower downpipes to make your engine really sing.

INOXPOWER, the best sound and best performance for your BMW