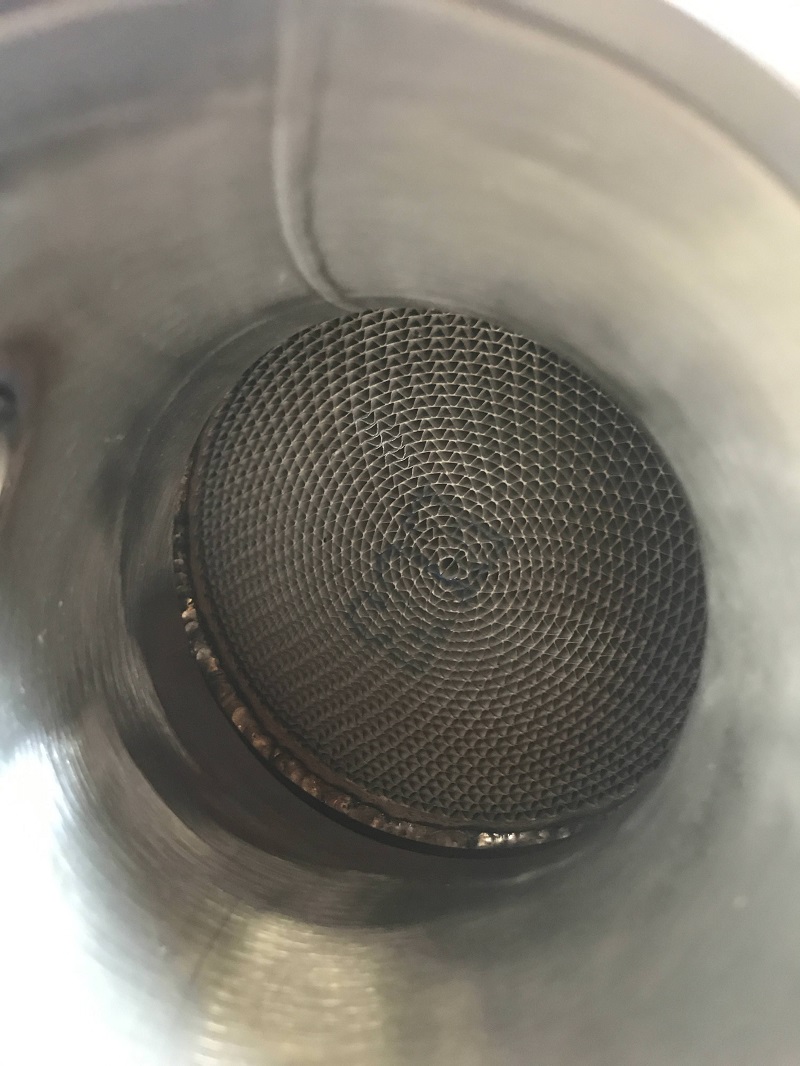 This article was created to clarify what the term "200 cell downpipe" means and its advantages and disadvantages.

This way you can get a clearer idea of ​​the right downpipe for your car and situation.

First let's start from the definition, if you already know what a downpipe is let's start well, otherwise take a look at THIS ARTICLE

where we explain what the downpipe is and what it is for.

The "200 cells" version just means (to put it simply) the unit of measurement of the internal filter.

The downpipe is in fact a component that all turbo cars, both diesel and petrol, fit. There is no escape. The panda has the downpipe exactly a latest generation M4.

However, there are various versions of DP.

We start from the "free" or catt less model, which in practice is an empty tube.

Then there is the model 200 cells, 400 cells and so on. The higher the number of cells, the slower the flow rate of the exhaust gases passing through the cells will be.

It follows that a downpipe with fewer cells is in practice a more performing downpipe.

Below in the photo you see an example between the Inoxpower DP 200 cells and the original downpipe.

You immediately notice the difference and it is immediately clear which is the freest (imagine blowing in it, where would you make the least effort?).

So why do you mount a downpipe with 200 cells

The answer is simple, a 200 cell downpipe has 2 and a half advantages (we see the medium well because it is subjective).

The second advantage is the smell, filtering the gases also eliminates most of the exhaust smell that you might hear those rare times when you are stopped in your car and you have the wind against with the windows open. Quite normal odor however and slightly perceptible.

The third advantage, which we have referred to as "medium", being very subjective, is that the 200 cell downpipe reduces noise compared to the open downpipe.

There are those who do not like the noise of their engine, and you could understand if you turn on a FIAT "smarmittata" 55 HP, it is already more difficult not to want to hear a BMW 6-cylinder with 70 hp per cylinder when you make it sing at 7000 rpm engaging a third / fourth with the sequential.

That crackle of recoil that is pure joy.

And what are the drawbacks?

Well, now that you know the advantages, know that there is the other side of the coin, the disadvantages.

Because it is clear that if you excel in something you must necessarily sin in another to balance.

So let's start from the "half" advantage / disadvantage, since we have seen it before, that is the sound.

If you love it, know that the 200 cell downpipe remains quieter than an open one.

Attention, it is not that with the free one you find yourself a car with the decibels of a plane at take off. If you go slowly at low revs you hardly hear a hum.

On the highway in comfort mode at 130 km / h in eighth gear, you can stay calm as the noise of the internal fan will bother you more than the downpipe.

But as soon as you enter SPORT mode and start giving it all seriously you will appreciate, with the free downpipe, crackles combined with a full sound of a real performing car.

The other disadvantage of a 200 cell downpipe is performance.

If you are looking for high performance and longer engine life, the solution is that of the open Inoxpower Downpipe, which allows you to obtain maximum performance.

The 200 downpipe definitely improves the situation compared to the original model, there is no doubt about this.

Another disadvantage is the heat release, which is obviously better than the stock downpipe, but less so than the open InoxPower downpipe.

The final downside to the 200 cell downpie is the price.

Making the 200-cell downpipe is more expensive, both because of the shape (which among other things is also not optimal for a perfect flow of exhaust gases), and because of the cost of the filtering component, which is made up of precious metals.

With the 200 cell downpipe you have 2/3 great advantages:

Now based on your needs you have a clearer idea of ​​which downpipe is right for you.

With the Inoxpower 200 cell downpipe you basically find yourself in your hand a sporty downpipe. You won't get the same performance as the free Inoxpower downpipe, but you have a better compromise than the original downpipe.

90% of the downpipes that are sold are of the racing type (completely free). You get better performance, better sound, better heat dissipation and all for half the price.

We on most models give you the option to choose one or the other model.